Pulkit Dreamzz
170
Earlier this year, I grabbed a unit of xDuoo XD05 Bal that is a powerful portable DAC/AMP with an output power rating of up to 1W. It is an all-in-one… 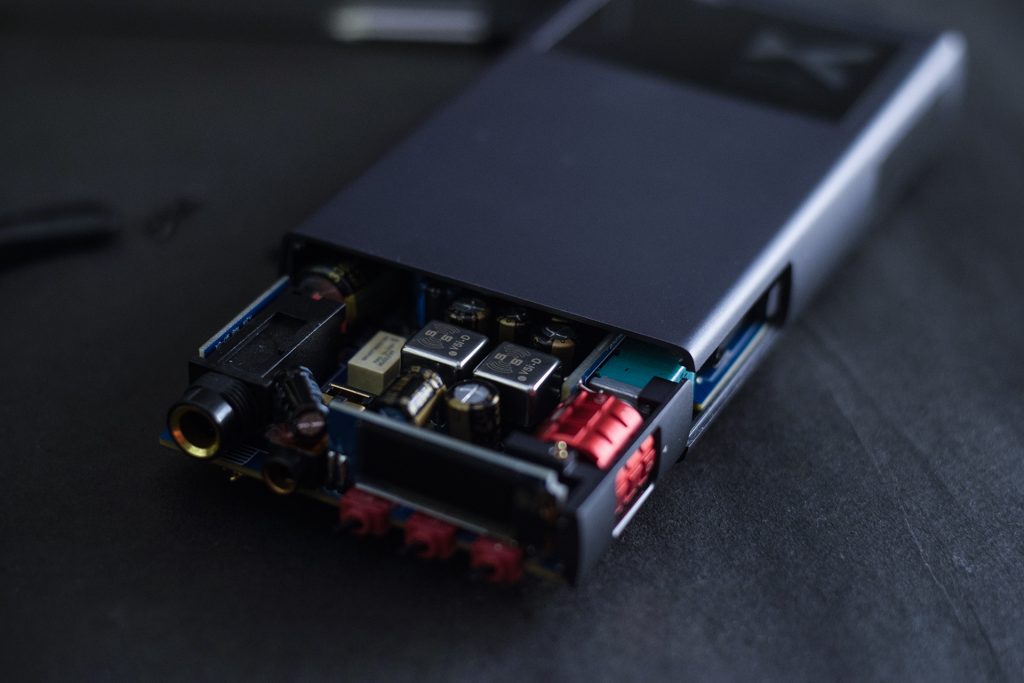 Earlier this year, I grabbed a unit of xDuoo XD05 Bal that is a powerful portable DAC/AMP with an output power rating of up to 1W. It is an all-in-one device featuring an advanced Dual DAC chipset, replaceable OPAMP architecture, Bluetooth functionality, and several other features. Since the day I got it, I have been exploring different options to try with the swappable OPAMPs. While the Stock pairs are pretty solid, I always heard about the Burson series of upgradeable OPAMPs. I guess it was my lucky day when Mr. John from Burson Audio, Australia contacted me on Headfi and asked if I would love to try out their V5i-D on my xDuoo XD05 Bal. Well, how can someone say no to such a generous offer?? Instantly I agreed and got the V5i-D at my doorstep in a matter of few weeks(Postal took a long time to deliver). So here I am today, bringing my experience of xDuoo XD05 Bal with Burson V5i-D.

This pair of Burson V5i-D was provided to me free of cost by Mr. John from Burson. I just paid a minor amount of customs duty charged in my country. But that doesn’t affect my opinion on the OPAMPs. All the impressions in this blog are completely my own based on my own usage with the pair over the past few weeks. If you are interested you can buy the V5i-D from their store from the link below.

With the Burson V5i-D in my collection now, I have four sets of OPAMPs for my xDuoo XD05 Bal, OPA1612 stock OPAMP, JRC 5532D stock replacement OPAMP, OPA2134(purchased aftermarket), Burson V5i-D. Out of all four of these, the V5i-D has the best build quality. It is solid, sturdy with an aluminum casing at the top. I can easily pull these out of the OPAMP space on the audio motherboard without any special tool while for all the others I have to use a tweezer. The connector pins at the bottom are also very sturdy. It makes my OPA2134 look like a toy in terms of build quality.po

Burson V5i-D feels like a heavenly upgrade for the xDuoo XD05 Bal. The background is darker now, I never heard the stock OPA1612 muddy or noisy, but the Burson is dead silent. It enhances our experience with a Holographic presentation for my music(Could really feel a wide 3D soundstage when playing Dolby Atmos tracks in Apple Music). The texture and layering even in an average track like Chokra Jawan (Ishaqzaade) were remarkably good. I have heard this track several times before, but this is the first time I have heard this level of detail. The strings transitioning from left to right, the vocals in the center with percussion instruments all around, it was like I was present right there. Impressive, Simply Impressive.

Just to make sure this isn’t a placebo, I switched from the V5i-D to the default opamps on the XD05-BAL (OPA1612), which just made me fall in love with the V5i-D more. I love the dark tonality and smooth presentation of this. The stage definitely narrowed down and the darker tone of the OPA2134 made strings sound muffled in comparison. I personally find OPA2134 to be a bit noisier in comparison to then V5i-D. Tonally speaking, the Burson V5i-D is neutral, there is no particular emphasis on any frequency. There is a perceivable improvement in dynamics such as layering, imaging, and soundstage width when compared to the default opamps on the XD05 Bal.

Listening to this combo really changed my opinion regarding the OPA2134. Of the various opamps I’ve tried with the XD05-BAL, I’d rate OPA2134 to be the best. But not after I heard the SRH1540 and V5i-D. The Resolution was crazy good. The depth and weight of each note can be felt with immense clarity. This was the biggest perceivable difference between the OPA2134 and Burson V5i-D when it came to the SRH1540.

The synergy with IER-M9 with xDuoo XD05 Bal and Burson V5i-D upgrade was mind-boggling. Notes sounded fuller. Irrespective of how busy the track was, the layering and separation were impeccable. Everything sounded natural and lively. The only other stack where I’ve heard something better sounding is the FiiO M11Plus LTD with HUM-MA1B when compared to the XD05-BAL with Burson V5i-D (including op-amp rolling with OPA1612, OPA2134, and JRC 5532D).

The dark tone of the HD650 doesn’t go well with the Burson V5i-D. The combination sounds weird and off-putting, especially when it comes to the upper mids. The strings sound wonky and the vocals don’t sound that smooth. In comparison OPA1612 and OPA2134 also have a similar experience. You can say I love the HD6X0 series only with tube amplifiers.

Burson V5i-D is an excellent opamp that really shines in complex, layered tracks with a lot of detail. It is an excellent option for neutral to warm-sounding IEMs or headphones. Heck, the V5i-D is worth it just for the Spatial Audio experience on Apple Music. I never thought I will get this much noticeable difference with OPAMPs in the XD05 Bal. The Burson V5i-D is an excellent pair of OPAMPs that enhances the capabilities of XD05 Bal, taking the device to another level. In my opinion, a must-have upgrade for the portable DAC/AMP department.

Previous Post
Burson Playmate 2 Review: A Brilliant All-In-One Headphone DAC/AMP!!
Next Post
7Hz Timeless Review: Is This The Best Planar IEM Out There? 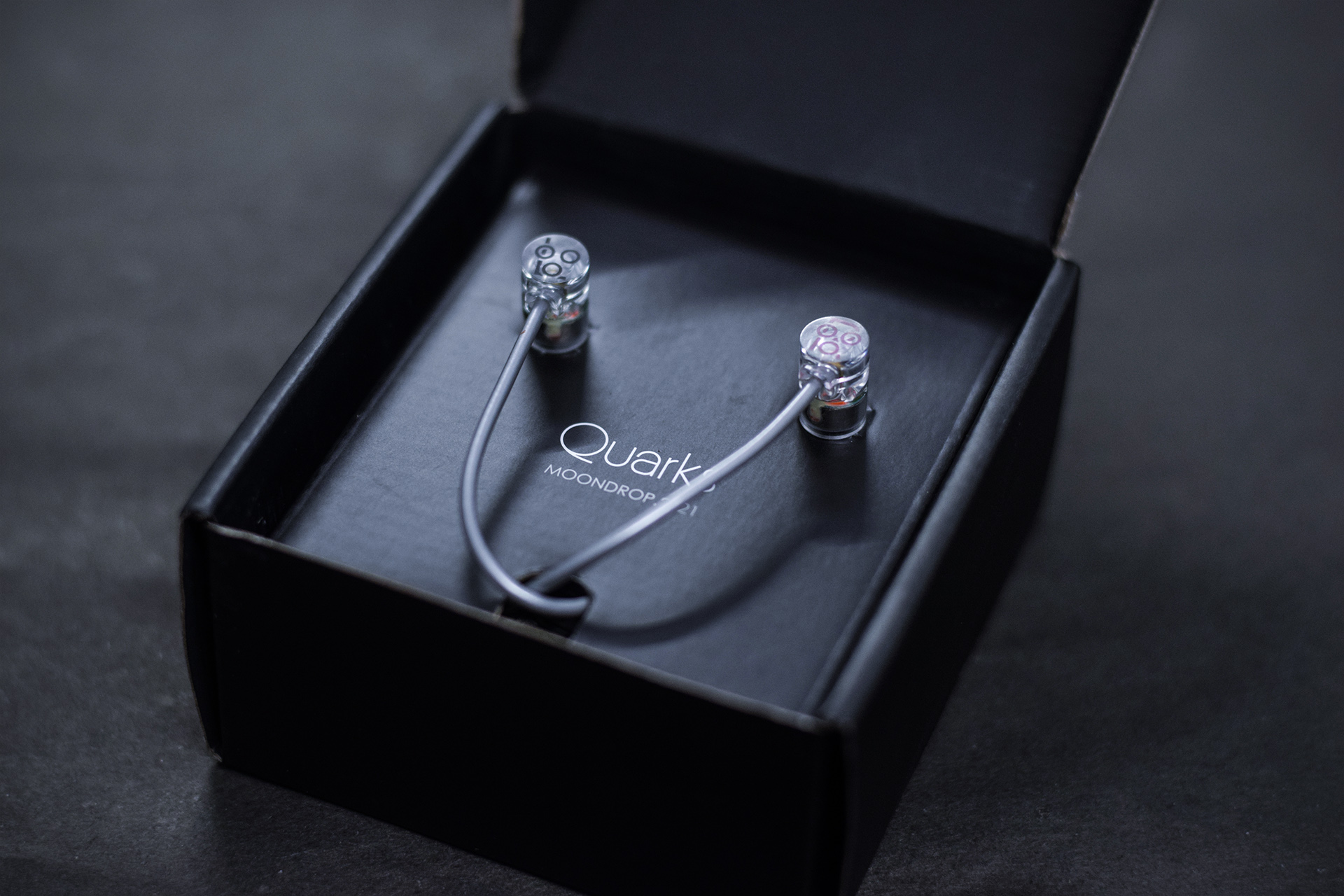 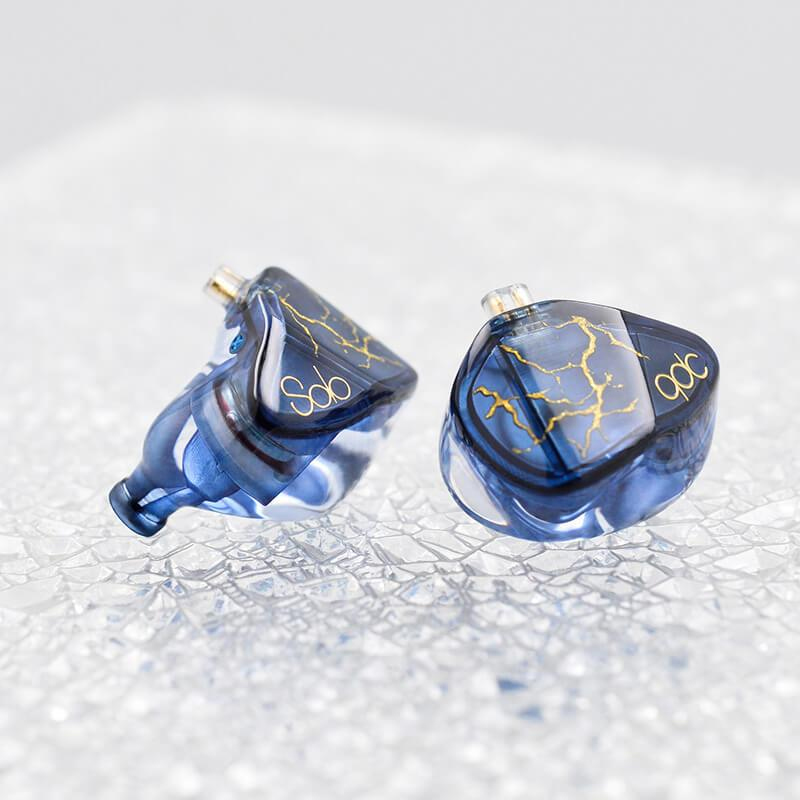 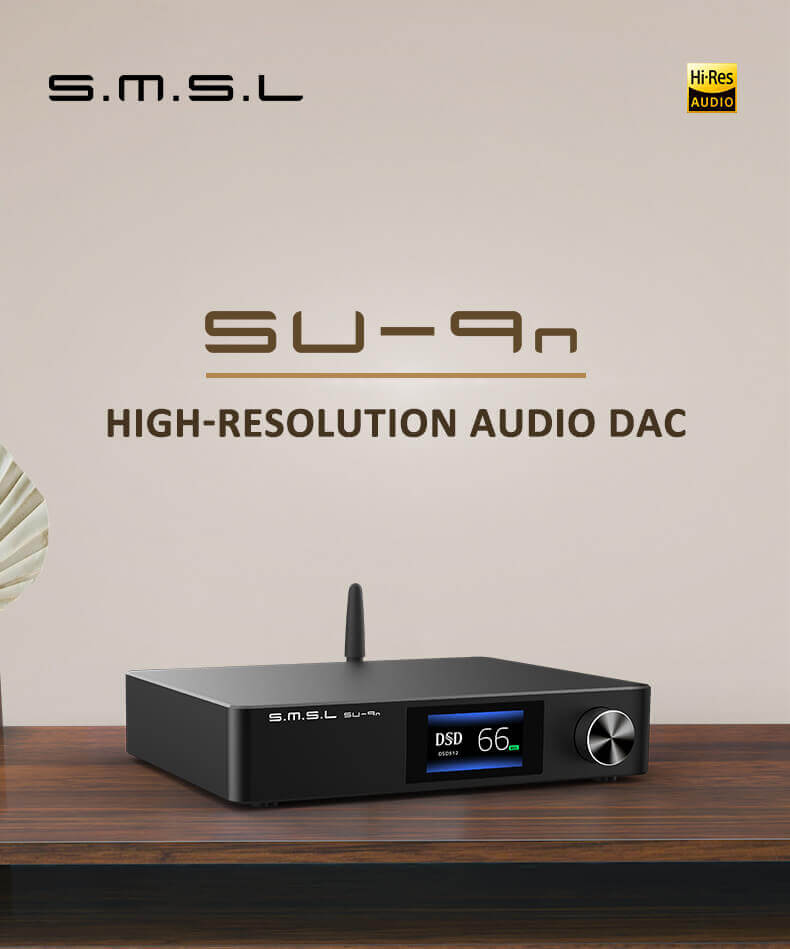 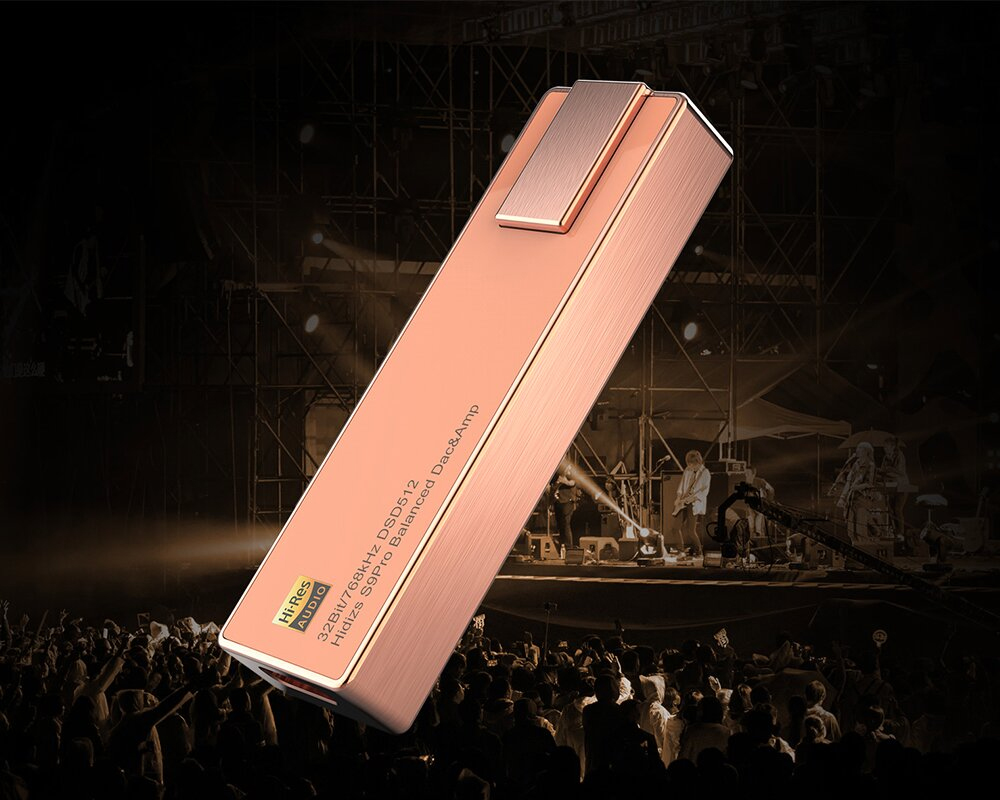 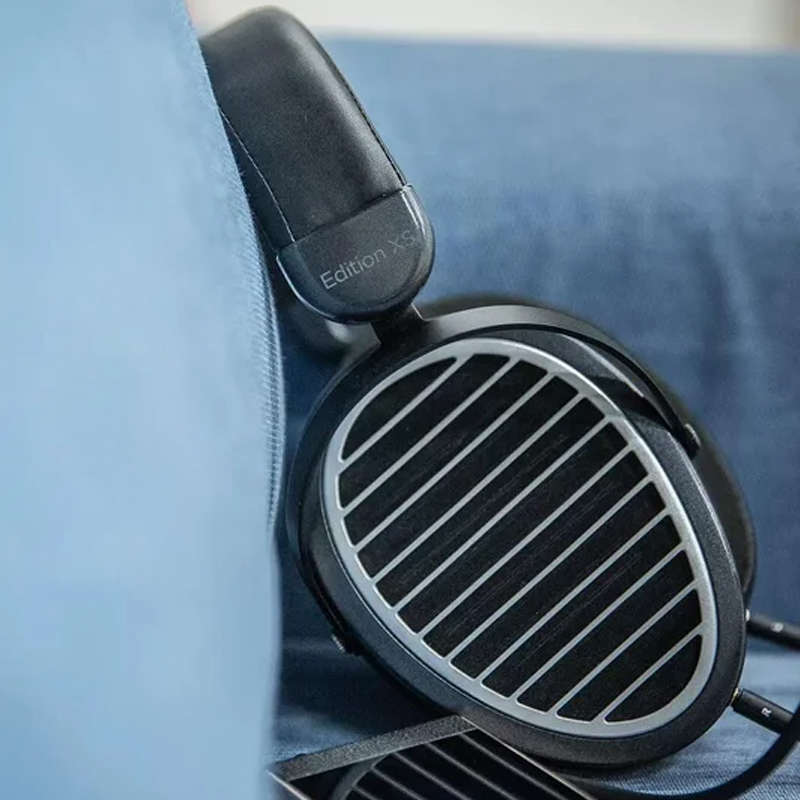